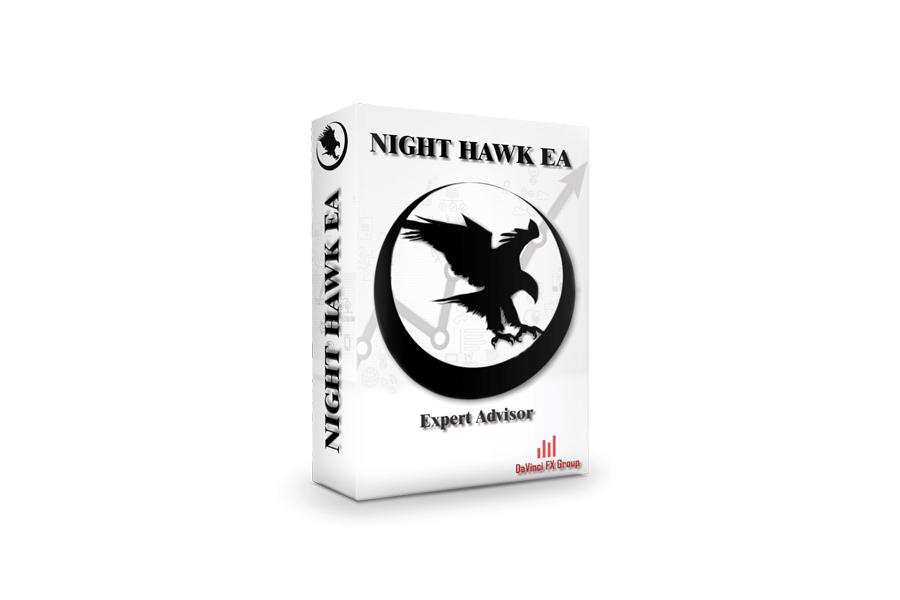 Night Hawk is an expert adviser that was designed by DaVinci FX Group. The company has many services like EAs, Indicators, Scripts, and PAMM management.

The robot has many features that we’ve systemized in the list:

The EA sells in a single package for $199. We can buy it only through paid systems that have never pushed the vendor to provide a money-back guarantee even if the vendor must do it. There’s no auto purchasing. We have to send to the devs our account number from MT4 to get approval.

The robot received a Martingale strategy with some improvements as the main one. The Night Hawk trades every day. The main trading activity occurs at night in the Asian session, which in turn guarantees entry only at the best prices.

There are two real accounts: USD and Cent. Let’s talk about this one on IC Markets. The EA trades (there should be an Automatic badge, right?) on the MetaTrader 4 platform. Track Record is Not Verified. The account was created on December 20, 2018. Since then, the absolute gain has become +198.21%. An average trade length is +4.78%. The maximum drawdown was impossibly high (41.35%). The account was deposited at $1539 and withdrawn at $1272. It’s tracked by 28 traders.

The robot opens trades during the night.

Different symbols were traded vary by the EA. NZD cross pairs are an issue for the EA. It can be because of high spreads on them during night trading.

The trading activity during a week looks common.

Night Hawk works with little risk to the account balance.

The EA hides SL levels from the broker and uses Trailing Stop Loss to save gained profits.

In November, the most frequently traded symbols were GBP/CAD and GBP/AUD.

DaVinci company is connected with a Russian company FXTraderKit, but, anyway, the profile has no likes and reviews. The devs didn’t connect to Forex Peace Army their real accounts.

The vendor advises us to use any of these brokers and VPS providers. The Alpari company looks out of place on this list. Chocoping is a Ukrainian VPS provider with quite a high pricing and servers in London, NYC, and Amsterdam.

Night Hawk performs a Martingale strategy, showing high drawdowns. The real account has no Automatic trading mark, so it means that the robot covers open deals well from a broker or there’s no SL level placing. The EA can get out of the deals if requirements are met. It trades little during the day - there are most trades opened at night. It can be a reason why NZD pairs aren’t performing well. The vendor provides no money-back guarantee. There’s no people’s feedback on the Forex Peace Army and the company’s site.